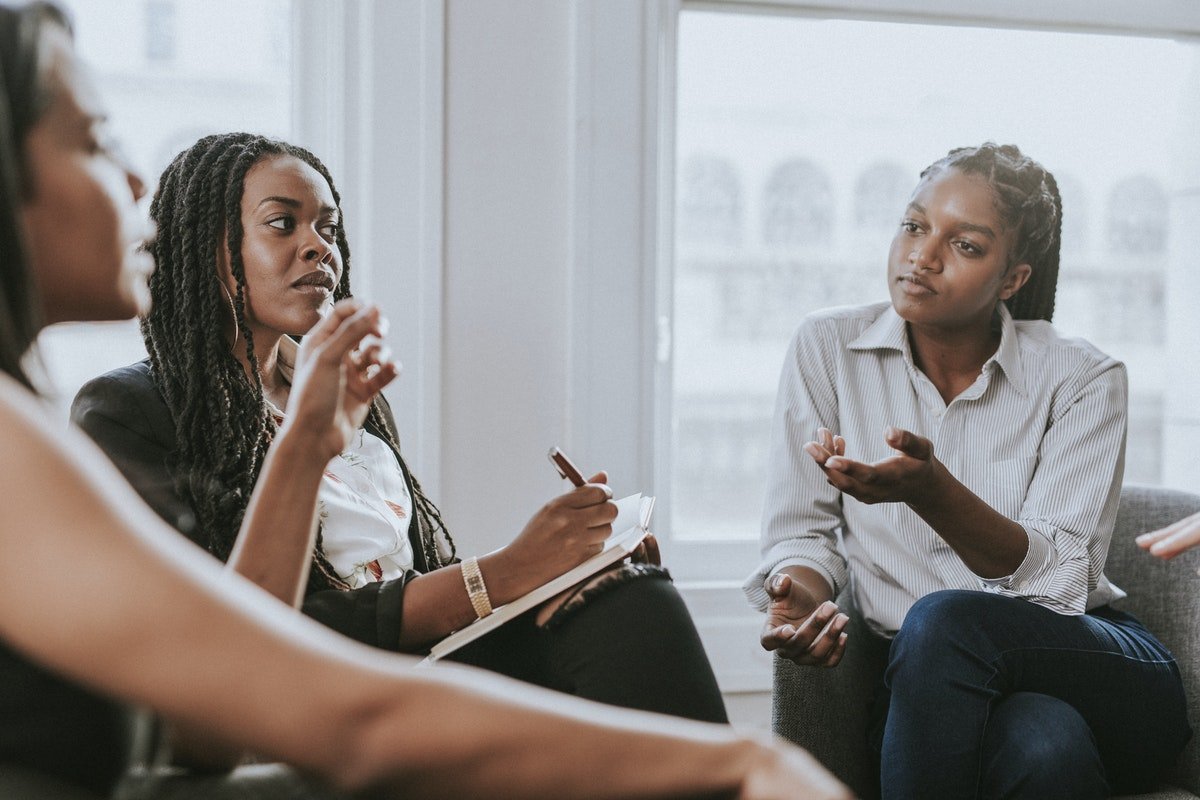 This case study features a curriculum development project designed to increase the visibility of African American heritage in STEM.

This case study features a curriculum development project designed to increase the visibility of African American heritage in STEM. The principal investigator, Catherine Quinlan, Ed.D., is an assistant professor of science education at Howard University, where her research on culturally representative science pedagogy is being piloted in her undergraduate preservice education courses and with in-service teachers, administrators, and university science educators who attend her webinars and conference presentations. The curriculum is created for K-12 science education standards and includes several technological products made for classroom use. This is the first curriculum model of its kind that embeds the historical, social, and cultural narratives of African Americans into STEM concepts.

Background: The Problem to Tackle

African American narratives have largely been absent and undervalued in science, technology, engineering, and mathematics (STEM) pedagogy. As efforts to diversify cultural representation in various fields of education are increasing, there is a greater call for instructional science materials reflecting the experiences and contributions of people of color. Black cultural resources are often portrayed as underdeveloped or lacking credibility in contrast to positive representations of white, European cultural products. Such representation can have lasting damaging effects on the psyches of Black students at all stages of learning. Education is meant to positively influence identity development in learners and promote awareness of diverse peoples and cultural backgrounds. It is important, therefore, that educators use educational products that center the voices and historical accounts of people of color for their students.

Professor Quinlan’s Cultural Representation in STEM Curriculum project elevates the visibility of people of color with an emphasis on African American heritage and Black African heritage. Her work is facilitated by a Catalyst Project grant from the National Science Foundation that supports historically Black colleges and universities (HBCUs) by helping faculty strengthen their STEM undergraduate education and research. In developing the project, Professor Quinlan was influenced by two key issues:

The project’s aim is to recontextualize science curriculum by incorporating African American historical narratives into pedagogy in practical ways. It examines how the lived experiences, heritage, and accomplishments of Black cultures can be used toward creating a culturally representative STEM curriculum that can be implemented in classrooms and be supported by the Next Generation Science Standards. The project’s research centers cultural groups across the African diaspora from the U.S. to the African continent. Uplifting African-American representation in STEM and normalizing inclusionary teaching practices in the classroom can be greatly beneficial for all students. The curriculum materials include books, animations, lesson plans, and webinars geared toward K-12 science education.

What does culturally representative pedagogy look like in a classroom setting?

The primary objective for increasing cultural visibility in STEM is to help students to see aspects of themselves in the lessons they are being taught. The curriculum developed by Professor Quinlan highlights Black heritage resources originating from African American themselves. Embedding these cultural resources in science makes them more palatable to learners of all backgrounds and contextualizes science in history and culture. Meaningfully incorporating cultural representation can be a challenging task. There is a pervasive idea that science cannot be learned by looking at the practices of people of color. But this project demonstrates that doing so is possible when content is delivered using an informed approach.

This project primarily uses cultural resources from the African American Gullah people of South Carolina and best practices in science education to develop a science curriculum that adequately represents African American people. The science modules being developed are also influenced by an understanding of the resources of Black students attending HBCUs. Qualitative data collection, qualitative research methods, schema theory, and pre- and post- lesson questionnaires will be combined to examine the project’s guiding research questions: How do participants’ feelings, attitudes, and views about the social, racial, and cultural embeddedness and nature of science change? How do participants’ understandings about the involvement and participation of African Americans in science change? How do participants’ pedagogical and science content knowledge change?

Another way to increase cultural representation is to create lessons on the nature of science using archeological findings from ancient Africa. African Rock Art image analysis is one of the central units in the Visibility in STEM curriculum. Professor Quinlan uses photographs of ancient rock art to teach core concepts in life science, physical science, and earth science. Crosscutting concepts such as cause and effect, scale and proportion, energy and matter, and pattern development can also be taught in this lesson. Students are able to use their schema (prior knowledge) and critical thinking skills to make inferences about environmental and cultural conditions in ancient Africa.

Professor Quinlan’s fictional book series, Keystone Passage, capitalizes on prior African Rock Art research, giving students exposure to Black African heritage and science in a unique literary way. In the first book of the series, characters are four young Black children who, during a visit to their grandmother one summer, unexpectedly find themselves transported through time and space to ancient and modern-day Africa where they interact with native people. They must use their historical and scientific knowledge to return to their grandmother’s house. Presenting themes in science through fictional storytelling allows for easier grasp of complex topics.

Additional information about this book series can be found at keystonepassage.com.

These examples are some of the instructional tools developed for the curriculum that can engage student learners, support standards in science education, and provide increased visibility of African Americans and their cultural heritage resources.

The team also met with community groups such as Stiles Hall, a Berkeley-based nonprofit dedicated to supporting diverse and low-income youth through their education, as well as Berkeley’s Fannie Lou Hamer Black Resource Center before deciding on which path to pursue. Insights from these conversations were that study-centered events are not a great way to reduce social isolation because students under academic pressure may not want to interact while studying, making bond-forming conversations unlikely even if they do agree to attend a group study event.

By posting on Reddit, the team was also able to connect with the organizers of the NYC Meetups subreddit, who had conducted a similar survey of social isolation rates in the past and also worked toward creating community engagement events to address this problem in the New York City area. This collaboration was integral to validating the Berkeley Experiences’ team’s idea.

What are the benefits of having a culturally representative STEM curriculum?

Building more culturally representative curricula is a major area of opportunity in STEM.  The outcomes can be mutually beneficial for science, technology, engineering, and mathematics fields and for student learners. African American representation provides accurate historical context and gives students of color positive images of themselves, helping them to find STEM education more relatable, more accessible, and more achievable as career options.

There are two key considerations to be made in implementing this type of project at an undergraduate institution:

Strengths of the team were clear in the prototyping and ideation process. By coming from a diverse range of disciplines, demographics, and student experiences, the team was able to draw upon different lenses of the social isolation experience at Berkeley. The team emphasized that in order to understand the social isolation experience thoroughly for a specific community, one needs to be fully immersed in it; by having different backgrounds, the team was able to get a more holistic understanding.

The team was open to collaboration and thus able to leverage partnerships and conduct outreach for mutually beneficial data sharing. By sharing their project and survey on Reddit, the Berkeley Experiences team was able to meet another research team working on the social isolation experience in New York City. The two groups were thus able to compare survey findings, share data, and validate findings.

The team was able to turn failures into best practices and share their insight outwards in a transparent manner. Despite struggling with initial event attendance, the team continued working on their project, aiming to get feedback from those who did not attend the event to see where hurdles existed. By following up and being honest about difficulties, team members were able to share best practices with their cohort that could be invaluable to future projects.

Despite best efforts of the team, on reflection there were critical weaknesses in the project’s implementation, which the team had to work to address. Reflecting on the outcome of the project, the team realized that seemingly insignificant logistical details (such as the project launch date during the semester) could make or break the project’s chance at success. The team wished it “had anticipated the logistical challenges of prototyping on a college campus schedule, and would have introduced the topic to the Berkeley ecosystem a lot earlier, at least a month before midterms. That way, students may actually have had a chance at participating in these new engagements,” or at least the team would have had the opportunity to test its prototype in a social environment unhindered by academic pressures.